Miss Nude Universe 1975 Tiffany Carter opens up about her Hollywood life, being arrested, and whether you really need a gimmick? How was Tiffany carter born professionally?

As a young child I studied Tap, Ballet, and Modern Jazz, and there was no doubt in my mind that I would be a dancer someday, I just didn’t know I’d be a burlesque dancer! My first ambition was to become a Las Vegas showgirl but I later discovered that I was too short, so had to look at other options. I’m glad I did pursue a career in burlesque as I think it was a more exciting life of travel and the pay was better!

I went to an agent in Hollywood named Cora Lee who told me that if I wanted to do burlesque I would need a new, more glamorous name.  “I don’t have a Tiffany, how about Tiffany?” she said, and that was it! For a long time I was just known as Tiffany but as I got more successful and started to travel the time came where I had to add a second name. I was in Boston, headlining at the World famous 2 o”clock Lounge. I noticed that they has billed me as”Tiffany Carter“and when I asked why, they replied, “You  look Irish!” The name just stuck.Years later I became very close friends with another dancer who eventually became my mentor named Angel Carter! Fate has its ways.

How important was it for you to stand out amongst other performers?

At first it wasn’t important to me, my aim was just to become one of the best. I used to go up on Sunset Blvd and see such beauties as Angel Carter, Tura Satana and Delilah Jones and I aspired to be as talented as they where. Once I started touring in 1971 I realised that if I wanted to be as good as my idols, my acts would need to become more individual. I create most of my acts through dreaming them. I come up with the idea in my head when I’m sleeping and when I wake up I make it a reality. Did you ever expect that you would be able to travel the world,working and having the experiences you have had?

No, and I am not finished yet! I’m headed to Austin, Texas in April for the festival there and I’m hoping to work in Europe some day. What is the best/worst experiences you’ve had on stage?

The worst was in Newport, Kentucky, at a little club called The Brass Ass, then owned by a guy named Vance Riley who was good friends with the owner of Hustler  Magazine, Larry Flynt. There wasn’t a lot of protection given to the girls, if there was a problem sometimes you had to handle it yourself, (this was a problem in many places) One night a  drunk  was being very obnoxious and roudy,  so I just jumped off the stage and hit him over the head with a beer bottle! I was a wild crazy red head at times!

After quitting the business in 1989 I kept dreaming that I was still performing and I had a feeling that I would be back on stage again some day, not knowing when or where. The day finally came, when I was asked to perform at the Burlesque Hall of Fame 2008! My heart was fluttering so hard and I was very nervous, the place was packed! Once I ht the stage the response was unbelievable, I saw people crying, cheering, I was amazed, just overwhelmed! After my performance, I went to the bar for a well needed martini, and  someone asked me,”Did you hear that crowd?”  I simply  said  “No, I am deaf, but believe me I felt them!” What is the biggest misconception in burlesque past or present?

Believe me it wasn’t all glamour and glitter, there were some hard dues paid and many hard times. I hated working theatres as the men in the front rows always exposed themselves and I was arrested several times, and did 90 days in the county jail in late 70s’.

Is there still money to be made in burlesque?

A lot of performers today work another job in the daytime and just do burlesque as a hobby. Not as many are doing it as a full time career as we did. Some do depending on how well known they become or if they win pageants. It’s a lot of hard work and like the old saying goes “You gotta have a gimmick,”  that is true today more than ever.

In the past 15 years or more through the resurgence of the art form, there’s been a need for the older generation to still be seen, acknowledged and perform, how does that make you feel?

Its very exciting, and I feel so blessed to be appreciated by so many, the response I still receive when I goon stage amazes me. I’ve been lucky enough to be featured in many great artists work including Scooter Harris and Rod North who just recently finished another epic painting of me. I love the fact that people  still ask if I”m performing  at events such as the Burlesque Hall of Fame, and that some many great photographers have taken photos of my performances. I love teaching and giving back to the new generation,  and I’ve recently had the opportunity to do some fun stuff creating group numbers. Any advice for the younger generation looking to make it a career in burlesque?

Yes, get all the knowledge you can from the legends because they’ve been there and seen and done it all! Pick and choose your teachers wisely, if you’re going to take classes, look at their history, their  performances and check their credentials. Invest in beautiful costumes, be very creative,and remember,  it’s not the audience you need to please, its yourself. If you are happy onstage it comes through and it shows. I know some people don’t like competitions but they can be a great experience whether you loose or win as even loosing can help you gain in the end. Keep up the good work and smile a lot!

Is there anything else you’d like to say to your fans?

First of all I I’d like to thank all the promoters who have booked a legend at their event, we really appreciate it, its having the opportunity to work with these beautiful young performers that keeps us going!!! I have been the first legend at many festivals and I hope that I paved the way for more!

Of all the beautiful thing that have happened to me along the way I am most proud of my 2 beautiful children and 9 wonderful grandchildren.
Share Tweet Pin it Share 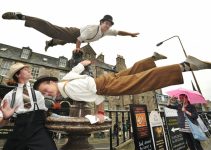 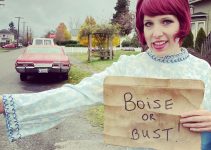