The Edinburgh Fringe Festival is much like a bucking bronco: it will test your mettle and chew up and spit out lesser performers, sending them home broken from nervous exhaustion, egos trampled underfoot with spirits dulled by an all too brief time on top. For others however it is a beast to be ridden for glory- an endurance test full of adrenaline fuelled thrills and excitement, creating a life-long addict of you- and leaving you hungry for the next ride.

My name is Wild Card Kitty and I have been working and performing at the Edinburgh Fringe Festival since 2006. 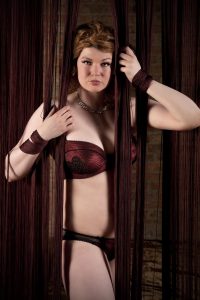 My first taste of the Fringe Festival was dressing up as a lion and crawling around the floor of the Vaudeville Cabaret Club at The Bongo Club as part of Amanda Palmer’s floor show (not quite sure what happened to her..?) clawing at people’s legs and tying their shoelaces together, alternately roaring and hissing or purring like a kitten when the manner suited me. It was when I first realised that I, as a performer, had all the power. An audience member would allow anything to be done to them if you simply asserted yourself in character or costume, as being in charge.

It was envigorating and life-changing.

I threw myself in at the deep end: running the longest running Cabaret show at the Edinburgh Fringe (erstwhile known as The Bongo Club Cabaret) with no prior experience except my love for the genre and total conviction in its’ continuance with the guidance of the former producer. Sometimes that’s the best way though isn’t it? Throw yourself in without regard for self or consequences. Magician Alan Hudson at the final Bongo Club Cabaret in 2012. Most audience members will let you do anything to them! Photo by Seth M.

It was possibly one of the most stupid things I’ve ever done. Or brilliant.  Time is generally the judge in these situations.

And that, as they say, was that. I was hooked.

I have fallen in and out of love with the Edinburgh Fringe Festival over the years- sometimes you just need a break- but it’s always there: beckoning like a Siren, persuading you to come back. There are a lot of ‘How To’ and ‘Fringe Survival’ Guides out there but I’d like to give you some of my own personal tips, from a Burlesque and Cabaret performing perspective. So, in no particular order, here they are:

1: Say YES to performing. Someone asks you- just say yes. Running from one show straight to another as soon as you’re off stage is perfectly normal and acceptable in August. The Fringe office normally has a wee list of shows looking for performers, but do leave yourself a few gapss. You’ll pick up other bookings simply from being up in the Fringe and asking around. Pack light if you can. If you have a lightweight costume that will fit in a rucksack rather than 2 large suitcases that could contain a human person, then you’ll make life easier on yourself, cause if there’s a backstage changing area, you’re really lucky! Most performing spaces in Edinburgh are humid, airless black boxed cellars and the changing area is the public toilets, a gap behind a curtain or the prop storage area. So come ready in stage make-up and in as much costume as possible, cause light and a mirror are bonuses!

2: Perform to the audience as if it’s the greatest room ever. There could be 2 people in the room, there could be 200. Don’t whinge about a small crowd: you give them the energy- don’t draw it from them. There are approx 3,500+ other shows they could have chosen to see and they’ve come to yours! I’ve performed to 1 audience member before. (He was great and he took it and it was awkward as all Hell cause he took ALL the audience particpation like a total star, but you don’t know who that one person in the audience is: could be a tourist, could be head of venue programming for a lucrative Cabaret looking for talent or a critic. So, on with the show!)

3:  Drink water. Seriously, travelling across Edinburgh and perspiring backstage endlessly creates raisins of us all. Drunk some? Drink more!

4: Booze. Doing 4 shows or less? Have at it. Doing a full run? Pace yourself. Don’t drink for the first 10 days, if at all during the run. Yes it’s fun but you WILL get sick with ‘Fringe Flu’ otherwise. I speak from experience. Not sick by final week? Get out there and go mental! As long as you can perform hungover the same as you would not hungover then it’s all good*.

(* please do check the rules of performing in the show you’re in. Some shows are not cool with you drinking before or during a show or being hungover, which is only professional.)

5: Fringe Flu! You will probably suffer ‘Festival Rage’ or ‘Festival Flu’ at some point if you are doing a full-run. This is inevitable. Just don’t actually kill anyone and keep filling yourself with ginger and garlic and Irn-Bru* and you’ll be fine.

*Irn-Bru is the other Scottish national drink. It outsells Coca-Cola and with good reason. (Coke is shite.) 6: Friends! If it’s your first time performing at the Fringe, come up with friends. It’s a very lonely experience otherwise. Most performers form groups and cliques or have troupes within their shows whom they hang out with all Fringe. As someone who’s never really ‘fit in’ I generally end up alone. Luckily I like my own company, but if you don’t- then plan to come up with a few of you. It’ll make your Fringe experience way more enjoyable.

8: Go see other shows!! These are your contemporaries, your inspiration, your life goals your “what the Hell did I just see there?!” experiences. There’s nothing quite like the talent pool of the Edinburgh Fringe in one place anywhere else on Earth. Go swim in it! YouTube videos don’t quite cut it when you can see real performance so no excuses.

9: Take a flyer. This has nothing to do with performing really, it’s just flyering in the Fringe is possibly the most soul destroying thing in humanity. Just smile, take a flyer and put it in your bag. No, you have no intention of seeing the show, just pretend! Throw the flyer away (in the recycling!!) out of sight. They’re paid to do a job and it’s a thankless and relentless one. Just make it that wee bit easier for them.

10: Have fun! If you’re not having fun, you need to take a break. Life is a Cabaret. So change the song. Or take off your clothes. Whatever works.

11: Go see Edinburgh the city. The Fringe is a bubble. Take a little look from outside when you have a can and go see the rest of the city and surrounding area. Portobello beach. Arthur’s Seat. Newhaven Harbour. The Castle. Silverknowes. The Forth Rail Bridge. Inchcolm Abbey. You’ll feel all the better for it.

12: Have business cards. Hand them out to people, to fellow performers and people producing shows. To audience members and technicians. Hell to the guy working in the sandwich shop. When they next get asked what show to see- they’ll recommend yours. Take details and get contacts. It’s who you know in this business: not how good you are. Wait…

13: Don’t expect to make money. Most shows lose money in the Fringe. This is a fact. If your show does pay you, you’re very lucky. Consider it more of an experience, an adventure and networking opportunity.

I’ve only been doing the Fringe for 10 years and I’m still learning.

It’s also different for everyone. Best way to learn though is by doing. Like most things in life.

My name is Wild Card Kitty and I’ll see you working and performing at the Edinburgh Fringe Festival 2017. Yeehaw! 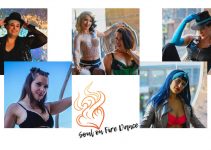 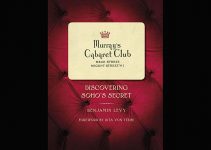 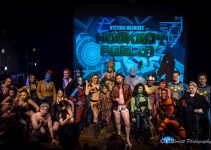